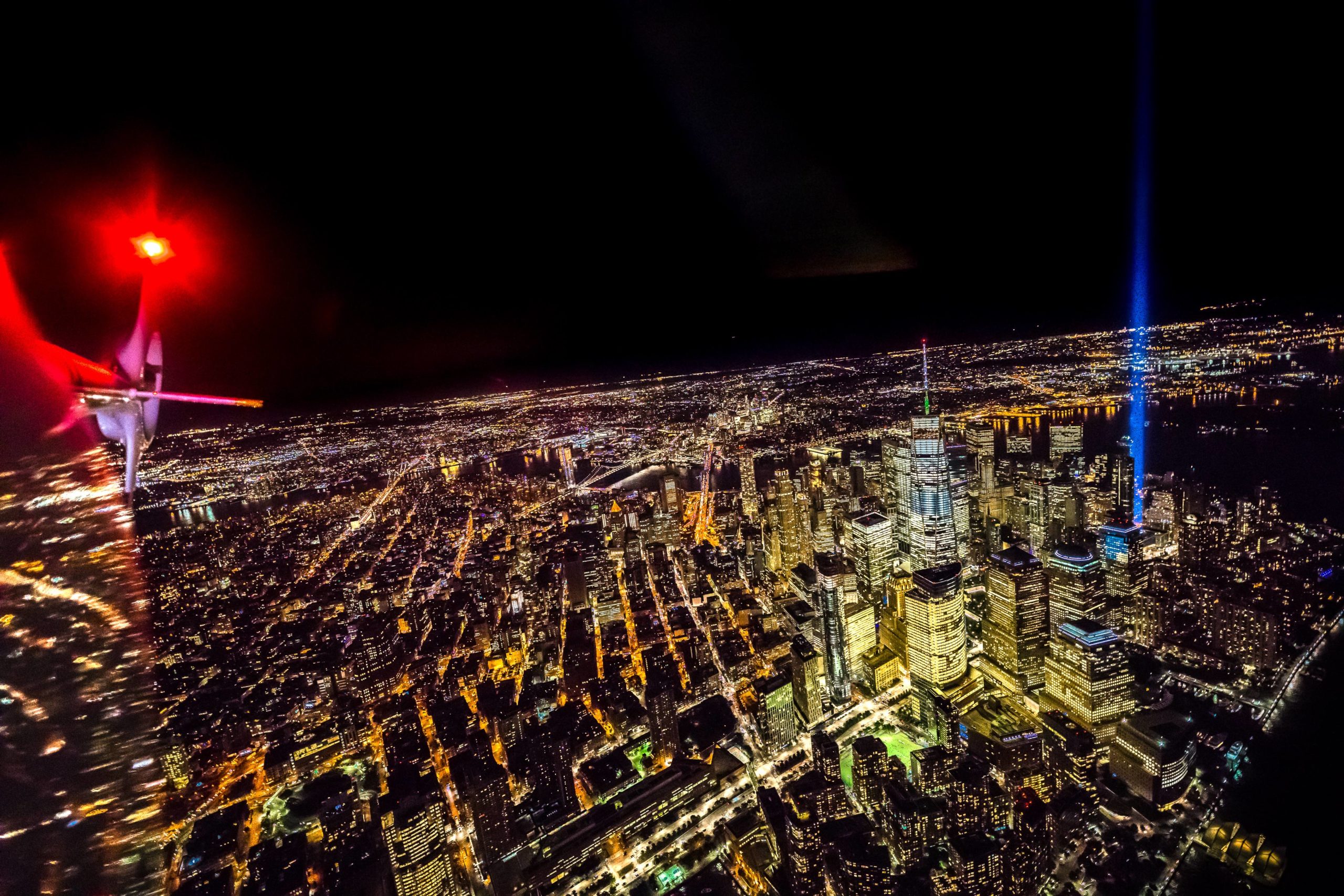 How Pilots Prepare For Nighttime Flights

Night flying—it’s a difficult task in the aviation industry, but all pilots have to do it sometime.

Whether you’re flying out to another country or performing a charter flight, it’s nearly impossible to avoid night time flights. However, it isn’t for everyone. Like the next pilot, you value your life (and your aircraft) more than anything, especially while you’re flying.

During your pre-flight, you make your checks, sign any documents needed, brief the crew if you have any on board, and get on. Normally during the daytime, this shouldn’t be a problem with the flight deck and everything else in the cabin being nicely lit. But when the sun goes down, so can your adrenaline and your perception. This is why extra preparation and precaution should be taken when flying at night.

As it’s commonly stated in the aviation industry: “You can’t put a price on safety.” For example, if you’re a helicopter pilot looking to improve your night flying experience, modern technology might have just the solution you need. If your organization qualifies, sites like Night Flight Concepts may provide you with the latest equipment, services, and training you need to completely transform your night flying experience.

Back in the Day

During World War II, night flying was quite the arduous chore especially when it came to battles. Radar systems were quite primitive and, often, pilots had to resort to their sheer perception rather than the equipment at their disposal. As a result, and because radar systems were mostly ground-based, America, Britain, and Germany were all working hard to produce airborne radar—a real game changer.

In a race to make the earliest refined form of airborne radar, the British were the first ones to do this. They first outfitted the Bristol Beaufighter with an airborne radar but the aircraft itself wasn’t entirely built for night flying. This is where the Americans picked up where the British left off.

The US, having difficulty in the pacific theater, developed the first purpose-designed night fighter plane called the Northrop P-61 Black Widow. In its first few engagements in Europe, the Black Widow was a success against the Germans, but it really shone in the Pacific when it was pitted against Japanese fighter aircraft. This success, however, did not come with an extended form of training.

As the pilots were basically flying blind in the night sky, trainees and rookies were all subject to hundreds of hours of classroom training and practical training. In such sessions, they were taught how to navigate in the dark, identify enemy aircraft, and the most difficult of them all, pull off blind landings. Because the technologies that contributed to night flying (and night fighting) were fairly new, the training courses were incredibly demanding and pilots often felt like the subjects of an experiment.

Today, pilots from all over the world can attest that technology has been perfected through time and has paved the way to safer and much less-lethal ways to fly at night. Modern-day aircraft have state-of-the-art radar systems and wing lights, among other things. Pilots are now given better training, equipment and more refined briefings when it’s their time to fly. If this is indeed your first time to fly, be it in a plane or a helicopter, read on to know how pilots prepare for their night time flights. They…

As with everything related to safety, planning is a must. Pilots would often study weather reports in order to avoid fog or turbulence, make extra pre-flight checks, draw their course lines with black ink (so they’re more visible in the dark), plan the hours they sleep before the flight, and so on.

If an emergency situation arises, the pilot should be able to think quickly to overcome it. This will entail extra items in the cabin if needed, like supplemental oxygen if they plan on flying at higher altitudes. Pilots should also be prepared to make their plans flexible. If one thing doesn’t work out, they should be prepared with an alternative. Many things, much like the illusions that pilots see (more on this later), can change frequently at night.

Another thing pilots consider are the lighting conditions of the airport they’re landing at. After confirming this they can plan their route and their landing if this is going to be their primary destination.

The flight deck should be darkened so as not to reflect any glare on the cockpit glass and so that pilots will be able to see their gear better. In the dark, your eyes will need a minimum of 30 minutes to slowly adjust to the amount of light they take in. This explains why you’re able to see better in the dark if you’ve woken up in a dark room and why getting light in your eyes during ungodly hours could hurt you.

Because the flight deck will be dark, pilots would carry with them a flashlight or two. These flashlights should be the variants that come with wide beams or adjustable brightness. The purpose of these flashlights is for the pilots to make sure that they’re pressing the right buttons or studying the correct flight plan. If the pilot would prefer to have their hands free, a head lamp could be ideal.

In a military setting, night flying pilots would carry night vision goggles with them. Not only will this help them see through the darkness of their flight deck, but it will also allow them to spot any points of interest as they fly their aircraft.

With certain documents around the cockpit, trained pilots will make use of these in order to remain organized and for them to stick to the plans they have set. Airport diagrams, current charts, documentation from the airport crew—these are among the many things a pilot may have to remember so their night flight will go smoothly. Everything should be put in their place so any source of information will be readily available to the pilots.

If a pilot moves their head around excessively whilst looking for their needed information, they may get disoriented or even suffer from vertigo, thus endangering the night flight as a whole.

As part of their planning, pilots usually consider having to use more fuel during their night flight. They would prepare to potentially get lost, needing to circle around an airport if said airport is congested, look for the airport beacon in a sea of lights (this is common for pilots who fly through populated cities), or turn back in case of a change in weather or a mechanical failure mid-flight. The extra fuel, while expensive, is a measure that could help save lives if something goes wrong.

In an ordinary and practical sense, having more fuel means having the allowance to ride through a more conservative flight route. This means planning to route above major highways and making less stops along the way. Conservative flights will mean the need for more fuel and could take a toll on your human factors.

Human factors, if you’re unfamiliar, are the very things that make us humans fallible and imperfect. Pilots are no different than everyone else out there and are subject to various mistakes even while flying. Older pilots can be forgetful, some pilots may fall asleep due to circadian rhythm and the monotonous droning of the aircraft’s engine, new pilots may fall prey to overconfidence, and senior pilots may sink into complacency.

If you aren’t sure what you’re doing as a pilot, always go back to the basics and review your training. It’s with the regulations of your company that you’ll be able to go through a night flight without a hitch.

One way a pilot could keep awake is by re-adjusting their body clock by sleeping during the day as well as ingest caffeine-infused substances like coffee, tea, or sodas. Because humans, by nature, are not nocturnal creatures, their energy starts to fade once the sun goes down. Another way pilots keep themselves up while flying through the night is keeping their cockpit nice and cool as a warm one would induce sleep or fatigue. If they’re accompanied by a co-pilot, conversation is a good way to keep occupied and alert.

Peripheral vision, sometimes called off-center viewing, is quite important to a pilot. The human eye has a central gaze and a peripheral vision. The central vision or central gaze is what’s used by the eye to determine what’s exactly in front of it, whereas the peripheral vision recognizes what might be surrounding the object or the focus of the central vision. It’s with this vision that pilots are able to distinguish airport beacons from city lights since things that pop up in one’s periphery may stand out as opposed to seeing what’s right in front of them. These are things that pop up on the sides or corners of your eyes. As you are reading this right now, your central vision is focused on the letters of this article, and your peripheral vision is what might be on the sides of your monitor or phone.

While flying at night, the skies may “blend in” with the horizon, thus making it quite difficult to fly over a body of water. Such illusions can be broken if the pilot uses their periphery. It’s also discouraged for pilots to fly through clouds as this could affect their vision. Illusions are quite common in a night flight, and it’s imperative for pilots to stay alert. If they aren’t sure of certain measurements like flight speed or altitude, they should trust their instruments as flying at night can and will look very slow.

Lastly, a pilot should know their position lights. Red is on the port side (left) of the aircraft, while green is on the starboard side (right) of the aircraft. At the tail of the aircraft, there should be a white blinking light. Knowing this could help a pilot determine whether they’re following another aircraft or save them from a mid-air collision. When everything else fails, vigilance should be the last resort.